Blackpool is “noted for fresh air and fun”, Skegness is “So bracing”, Brighton… well, in the words of Keith Waterhouse: “Brighton looks like a town that is helping the police with their enquiries."

It has had a reputation as a place of sensual pleasures ever since the Prince Regent had John Nash build him a pleasure dome here in 1815. It became synonymous with the dirty weekend, a town where News of the World reporters made their excuses and left, and where those who wanted a divorce would arrange to be caught in flagrante.

In the Royal Pavilion, one big gold-leaf and blood-red boudoir of a place, I pick up brochures that offer tours of the town built around the racy lives of its most colourful inhabitants: from decadent fin-de-siecle Aubrey Beardsley to cheeky chappie Max Miller via Maria Fitzherbert, the secret wife of a king.

And yet the only shocking thing about Mrs Fitzherbert’s story – in Brighton terms – is that she refused to become mistress to the Prince of Wales, later Prince Regent and George IV, insisting instead on marriage. Their 1785 wedding had to be secret because it was illegal. It violated the Bill of Rights, whereby anyone marrying a Catholic was excluded from the succession, and the Royal Marriage Act, under which any descendant of George II was forbidden to marry under the age of 25 without the monarch's permission.

But while the British Constitution would not accept the marriage, Pope Pius VII declared that Maria and George were married in the eyes of God. George went on to marry Caroline of Brunswick, who became his queen, but never divorced Maria.

Mrs Fitzherbert is well remembered in Brighton, and nowhere better than in St John the Baptist, the city’s mother church in Bristol Road, which she helped endow and where she is buried.

My train has made me late for Mass and I sprint there, past the pavilion and, a couple of doors away, 55 Old Steine where Mrs Fitzgerald lived and where she and the prince would sit on the balcony, acknowledging the passers by. It is now a YMCA homeless hostel.

I must hurry the half mile up hot, dusty St James Street toward the church. Brighton it just stirring; the crocodiles of French schoolchildren vying for space with the crusty cider drinkers with dogs on strings. The freshly moisturised gay couples are preening in pavement cafes, lattes reflected in dark glasses, and the bars are being slooshed out ready for another day’s drinking.

I slip into the cool dark church with a minute to spare. It takes my eyes a while to adjust but when they do I find a church of baroque opulence, the painted reredos gleaming with gold and large canvases of the life of St John on the walls.

I discover I have chosen a pew beneath the white marble memorial to Maria Fitzherbert. In it she kneels before a Bible open at Acts XX 35: “It is a more blessed thing to give than to receive.” On her finger are three gold wedding rings to denote her three legitimate marriages – she was widowed twice. Beneath is a tribute, placed there by the daughter that she and the Prince adopted - Mary Seymour, known as Minnie. It reads in part: “One to whom she was more than a parent has placed this monument to her revered and beloved memory.”

Rejected by the establishment, Brighton adopted her. The woman who attended her sea bathing – taking to the waters brought Brighton its early fame – called her Mrs Prince. She was the unofficial Catholic Queen of Brighton.

Before the town had a church of its own, she had a priest say Mass at her house, and invited local Catholics.

Two years before her death in 1837 this elegant church was built, only the fourth in England since the Reformation, to replace a more modest one in High Street.

As I go up for Communion I step over the plaque to Maria in the central aisle, above the vault where she is buried. It is a plain lozenge of stone that reads simply :
“Maria Fitzherbert
1756-1837
RIP”

After Mass I speak to the parish priest, Fr David Foley. It is clear Mrs Fitzherbert is held in great affection in the parish and the church. “We have one or two of her things in a safe,” he says, “a brooch, a soup tureen, cutlery: a few little items.”

The parish priest in her day, Fr Cullen, said of her: “She felt for the necessities of all and amply contributed to their relief. The sick, the helpless, the young, the aged experienced her benefactions, but what she favoured most was our little Charity School.”

This is a thriving Catholic community. To one side the Sisters of Mercy run a home for the elderly, on the other is the Fitzherbert Centre in a building that once housed the school but is now a day centre for Brighton’s homeless and lonely. Each day of the year the Society of St Vincent De Paul organises a soup run with 60 ecumenical volunteers.

There have always been a lot of poor in the parish, says Fr Foley. “A census in the 19th century found 30 people living in a small house. This was always a mixed parish, from Mrs Fitzherbert down to beggars and vagrants, then the rich built another church, St Mary Magdalen, to get away from them!

“Today we have a lot of immigrants, we have a welcome sign in the 40 languages that are spoken in the parish. If you get the 37 bus through Kemp Town and the Bristol Estate you won’t hear a word of English spoken. There are many east Europeans; Africans, Brazilians, Argentinean, Filipinos.

“I’m getting old but the Filipinos have been wonderful for my social life. They love parties and invite me to them. They make me feel young again.

“We get a few holiday makers, not many. I was in Eastbourne before and there visitors would increase the congregation by 200 per cent. When I came here 14 years ago it was the same, but not any more. People now come mostly for day trips, and those who come for the weekend don’t come to go to church!”

Fr Foley has spent half his tenure as a priest inland, half at the seaside. “I am originally from West Cork and I like to be beside the sea. It is always changing, the sun on the sea, the cloud formations: never two days the same. I missed that inland.”

I say goodbye to Fr Foley and take a walk around the block, and pass the homes of a cross-section of Brighton’s distinguished former residents. In my circuit down to the seafront and back I find the homes of Sir Terence Rattigan, Lord Olivier and Max Miller.

I pause to peer down from Marine Parade to the seafront and Brighton’s dull strip of shingle, a miniature tourist train and a few fishermen’s huts. In the middle distance is the pier, its once rather grand wooden pavilions replaced with a fun fair. Somehow the seafront seems like a very minor side show to the real charm of Brighton - its mix of the shabby and genteel, the edgy and the established.

Two doors along is the egg yolk and mulberry painted Hand in Hand brew pub with the sign above the door: “You are Entering the Free State of Kemp Town.”

Sitting in the Free State with a pint of Kemp Town Bitter I ponder something Fr Foley told me about two pages cut from the baptismal records. “Why are they missing,” he had asked. “Did Mrs Fitzherbert and George have children? There are tales that they did and that they were sent away, but it’s all stories.”

I look it up in the booklet he has given me, Three Wedding Rings for Mrs Fitzherbert of Brighton, by Robert Bogan. It confirms that the pages covering entries for 1800 were neatly sliced away, and recounts the rumours that a second adopted daughter, Marianne, was actually the child of Mrs Fitzherbert and George IV, and that there may have been a son as well.

Even if true, it’s hardly something to scandalise Brighton, whatever impact it might have had on the monarchy. “Woman has husband’s child” would never have set a Brighton pulse racing.
Posted by Unknown at 13:38 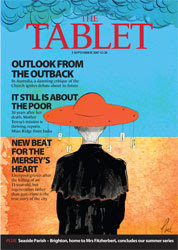